The hatching: Just at day break, small little heads of Olive Ridley turtle hatchlings, with shiny eyes, pop out of the sand, taking a precautionary look around and breathe the fresh air of the nearby Arabian Sea. And then, you witness the best, at top speed, they start their journey towards the cool sea waters, even as excited nature lovers and witness this spectacle.

Olive Ridleys get their name from the coloring of their shell, which becomes olive green once the turtles are adults

The most evolved GPS I have seen. It’s amazing to see how the hatchlings, with no knowledge of the sea or even their mother, like robots, rush to the sea immediately after taking birth. It is said that even though you place them in the opposite direction, they will still go towards the direction of the sea.

A small village Velas, in Ratnagiri district is around 230 km south of Mumbai is leaving no stone unturned to save the turtles from disaster.

As many as 19,000 hatchlings have been released since the conservation efforts began at Velas

Ten years ago, before the conservation effort started, most of the Olive Ridley turtle eggs were either consumed by humans, dogs and other wild animals. But with awareness and large-scale participation of locals, 19000 hatchlings have been released in the decade long effort.

From the start of the nesting season beginning November, locals maintain a vigil for the female Olive Ridley turtles that come home to nest. Females lay up to three clutches per season, one clutch containing between 90-150 eggs. The eggs, size of ping pong balls, are collected and incubated in a hatchery constructed on the beach by the locals. Each clutch is marked by its date and left to incubate naturally.

Olive Ridleys are known for their beach loyalty and females often return to the place of their birth to lay eggs.

If you don’t want to miss this, then Velas beach is the place to be in Ratnagiri district of Maharashtra Konkan region.

Stay at Velas: The locals provide shelter and food for a nominal price. Homestays are also approved by MTDC.

Also visit: Bankot Fort: A square shaped fort. On the sides of Bankot fort, there is a dry moat (Revni) dug out in the Jambhya stone. Jambhya stone is peculiar type of stone adorning a purple shade and peculiarly it is incapable of storing water as the water invariable percolates through it owing to its much porous nature.

The main entrance (Mahadarwaja) of the fort is north-facing with a well sculpted arch and carvings.

The main entrance (Mahadarwaja) of the fort is north-facing with a well sculpted arch and carvings. Watch guards dug out (Devdya) align on both sides of the Mahadarwaja with some pits being dug out in the right Devdi. On the left, there are steps leading towards Nagarkhana while there is an underground storey and a tunnel on the right. A Maruti idol in the centre stands deserted now. On the west, there is a small entrance (Darwaja) leading to a Bastion on the exterior of the fortifications.

View from the Fort

A deep well (now dry and filled) occupied the centre of this bastion earlier and the adjacent water tanks too are dry and obsolete now. One can leave the Buruj via a small exit that leads to the surrounding moat and a beautiful “Revni” lying nearby.

About the village: Velas is a village in Ratnagiri district of Maharashtra. It is noted as a birthplace of Nana Phadnis. He was sachiva- a secretary in Peshawai in Pune.

Coastal road on the way to Velas.

A local extracting Neera on demand, also called sweet toddy or palm nectar, Neera is a sap extracted from the inflorescence of various species of toddy palms. The drink is popular on account of its high nutritive value, delicious taste and agreeable flavor.

Sun-setting through the forest cover at Velas beach

on the jetty to Harihareshwar

Steering our way to Harihareshwar

Waiting to be docked!

Loading our chariot on the Jetty on the way to Harihareshwar

At Bankot Fort with Robert, Rohit and Kunal.

Three olive ridley hatchlings moving into the ocean after being released from a conservation site in Velas, Ratnagiri, Maharashtra 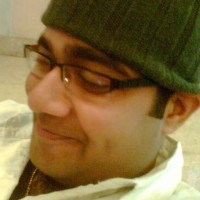